Illustrations of the four archetypes of menstrual cycles made for the Patricia Balseiro Women’s Cycles service pack offered on her website www.patriciabalseiro.com/ciclos-femeninos

I also made the Lunar Diagram that contains the pack notebook and prepared with the elements made, promotional stories for Instagram.

Each phase of the cycle consists of an archetype that is represented through a series of elements, associated colours, orientation, symbols and character. The Maiden, The Mother, The Sorceress and The Old Witch, the first being the beginning of the cliclo and the last its ending. 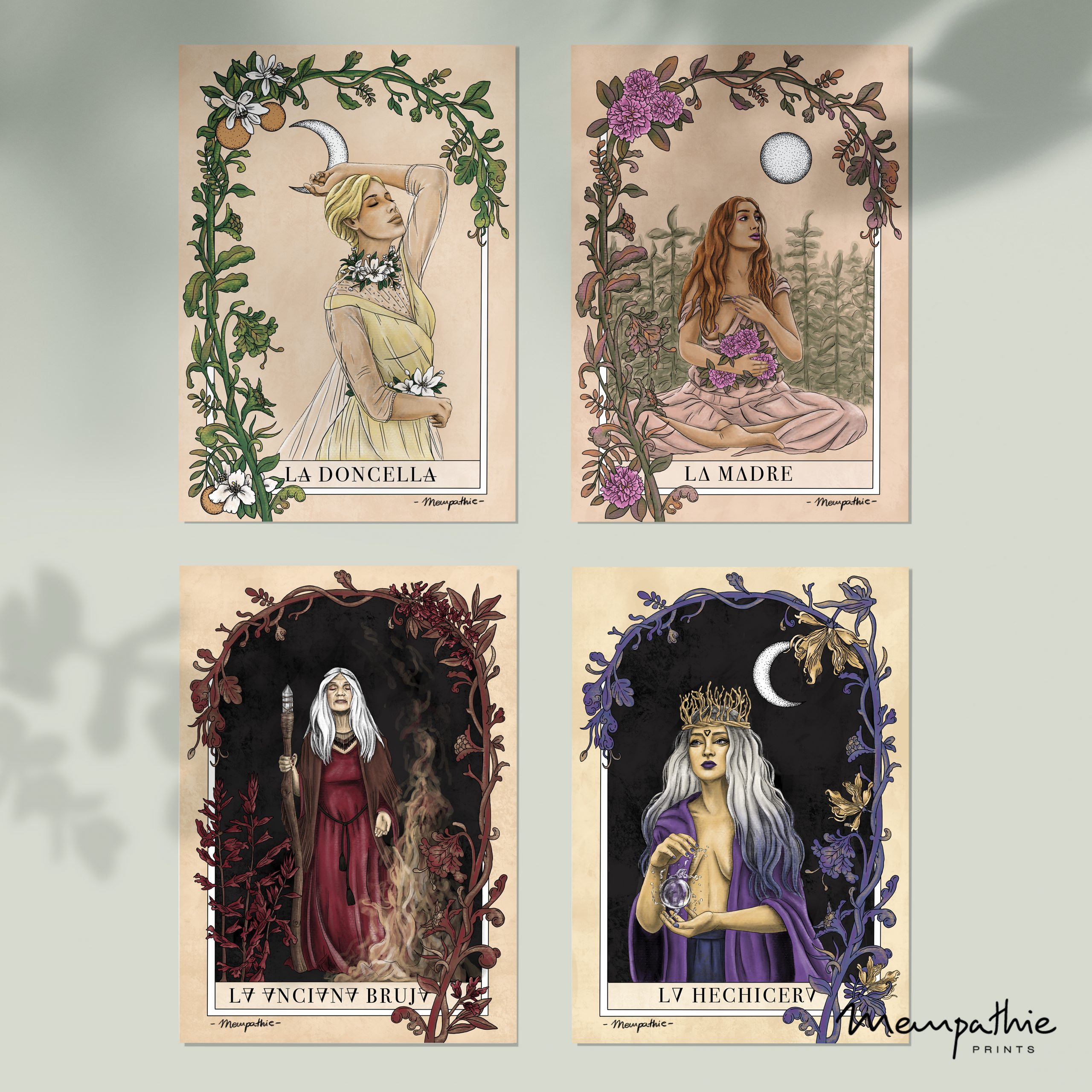 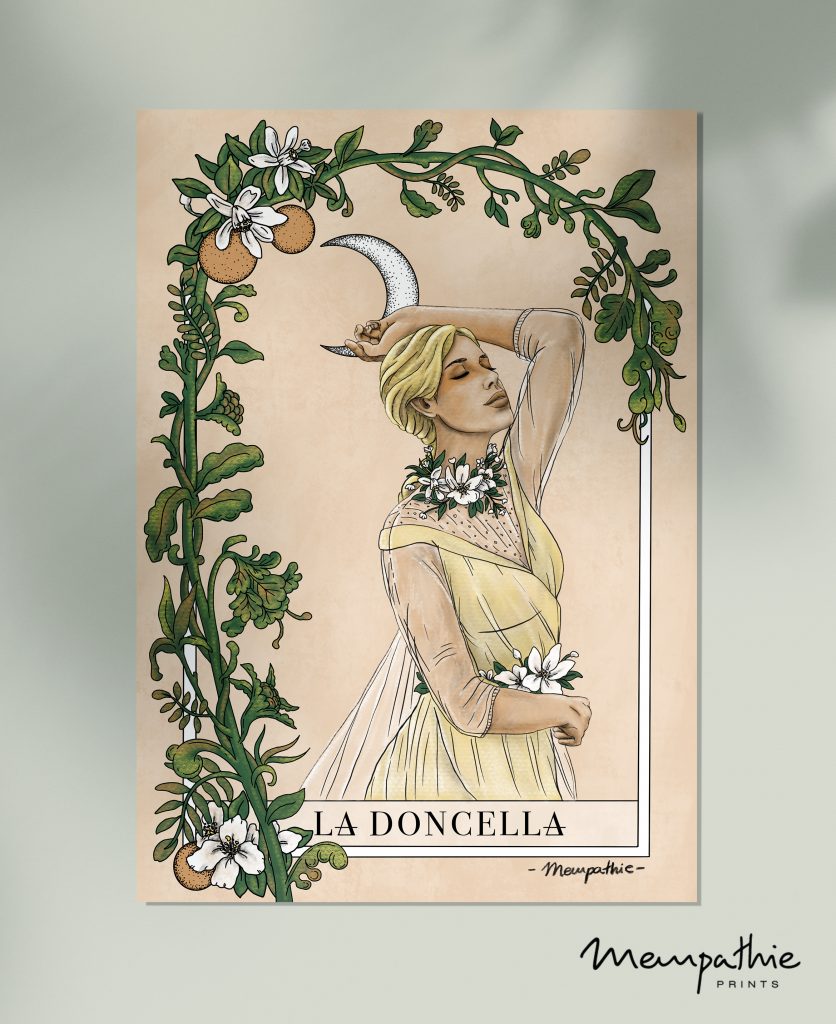 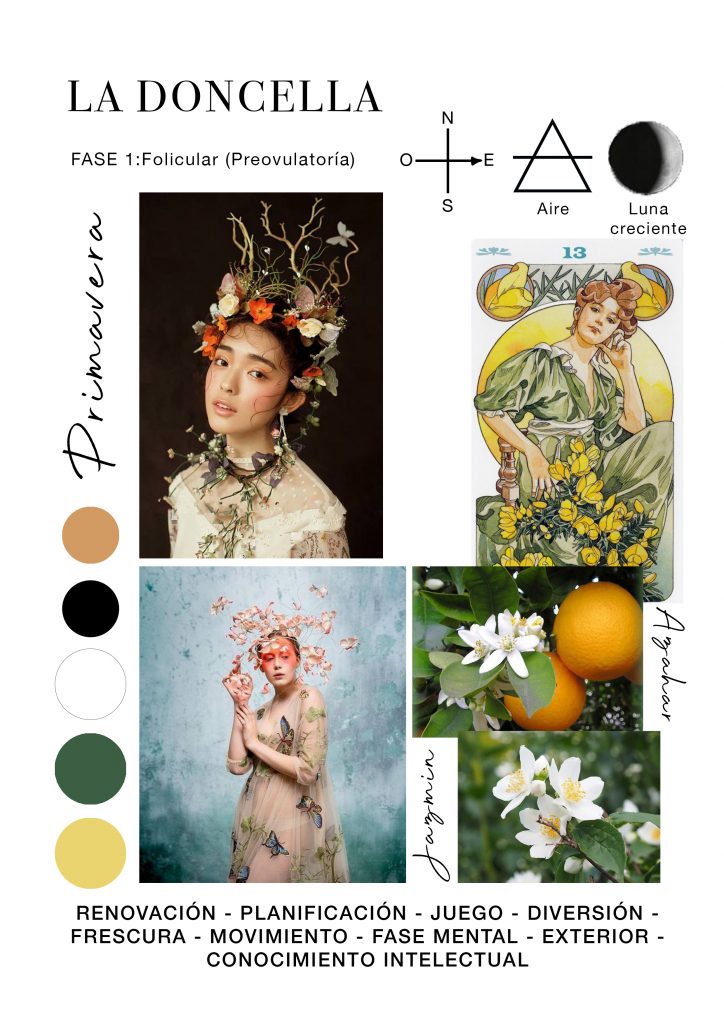 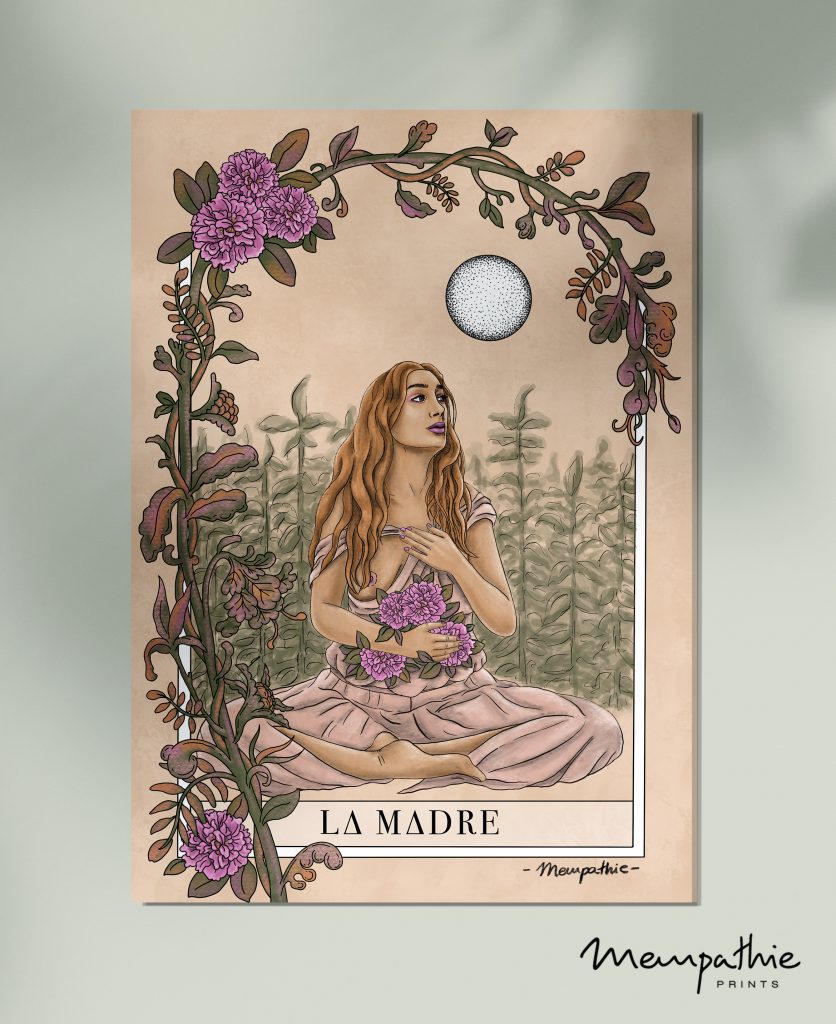 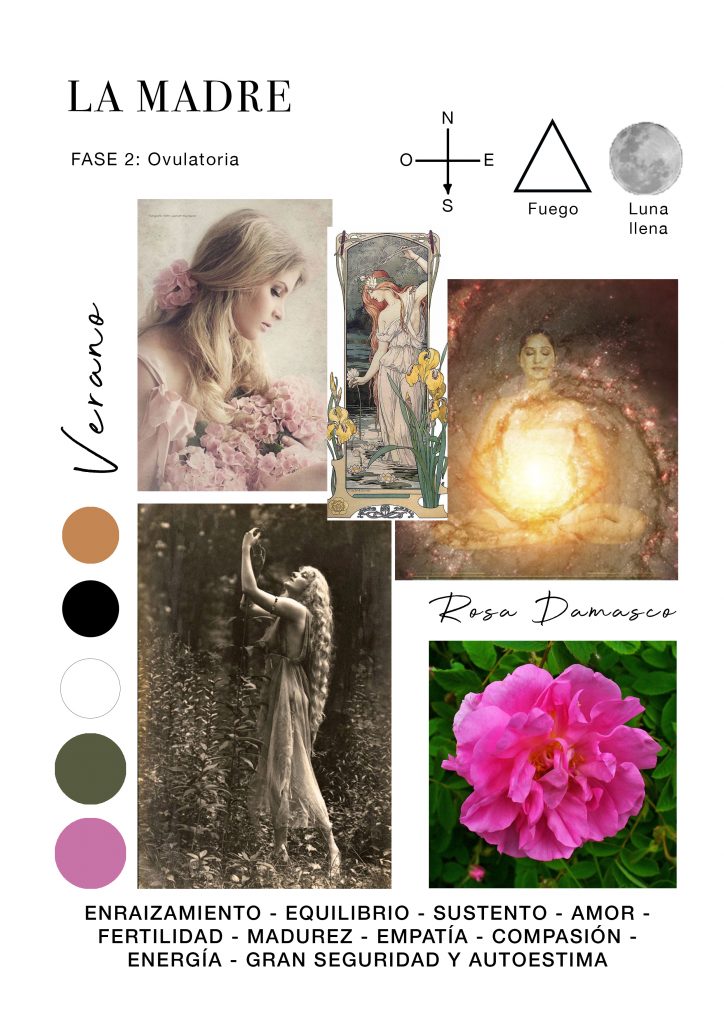 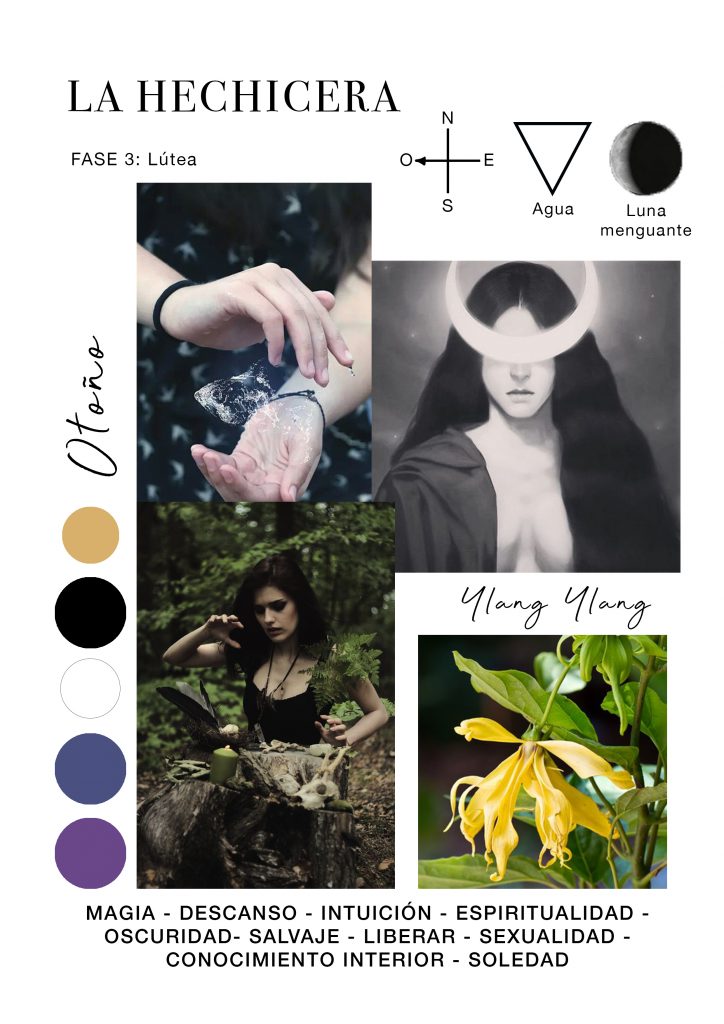 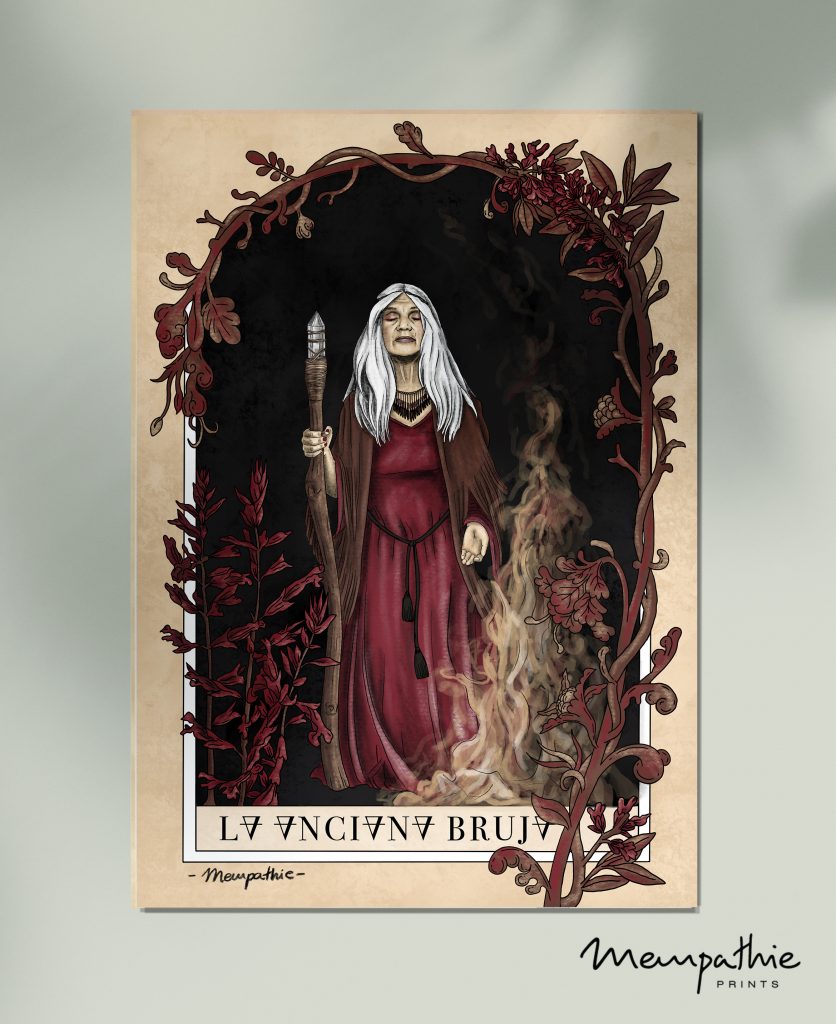 Technique. Illustrations made with digital painting on iPad Pro with the Procreate application and later mounted in Photoshop.

Colour. Each archetype has 2 to 3 colours that are associated with its moment (the circles on the mood board that are larger are the main ones), which are the ones with which you feel identified at that moment of the cycle. So I created a reduced colour palette to best fit this harmonic feel and simply added 2-3 more colours to each colour palette to always have a total of 5 colours per archetype. Choosing as fixed colours, black and white to create visual connection between the four images and choosing a skin tone; Although similar, its tanned hue varies depending on the season of the year with which each archetype is associated. Using those skin tones and the colours that correspond to each phase, it is also possible to transmit the season of the year that each one represents.

Composition. The composition of each archetype is based on the orientation of the cardinal point to which it is associated and its element (you can see it in the moodboard below). I was also inspired by the composition of the Tarot cards, since Patricia is also an Evolutionary Tarotist, so she likes cards and her final print would be very similar to the size of a tarot card. In addition, each vine is oriented according to its phase and cardinal orientation as mentioned before.

Symbology. A series of fixed elements can be observed in each archetype, but different at the same time according to the phase, such as the moon or the flowers, since each one corresponds to flowers and a lunar phase. Its own elements: air, fire, water and earth, are hidden in its composition, they are shown in detail and are also represented in the A’s of each name. Each A according to the archetype, is the symbol of the element that corresponds to it. Based on all this and on the information collected that Patricia gave me about the energy that each one transmits or how they are usually represented, I created these four illustrations that, although you do not know the symbology of everything hidden and what is seen, is illustrated in such a way way that manages to transmit and connect you with the sensation of each phase.