"A lake in Florida suing to protect itself". The New Yorker Magazine. 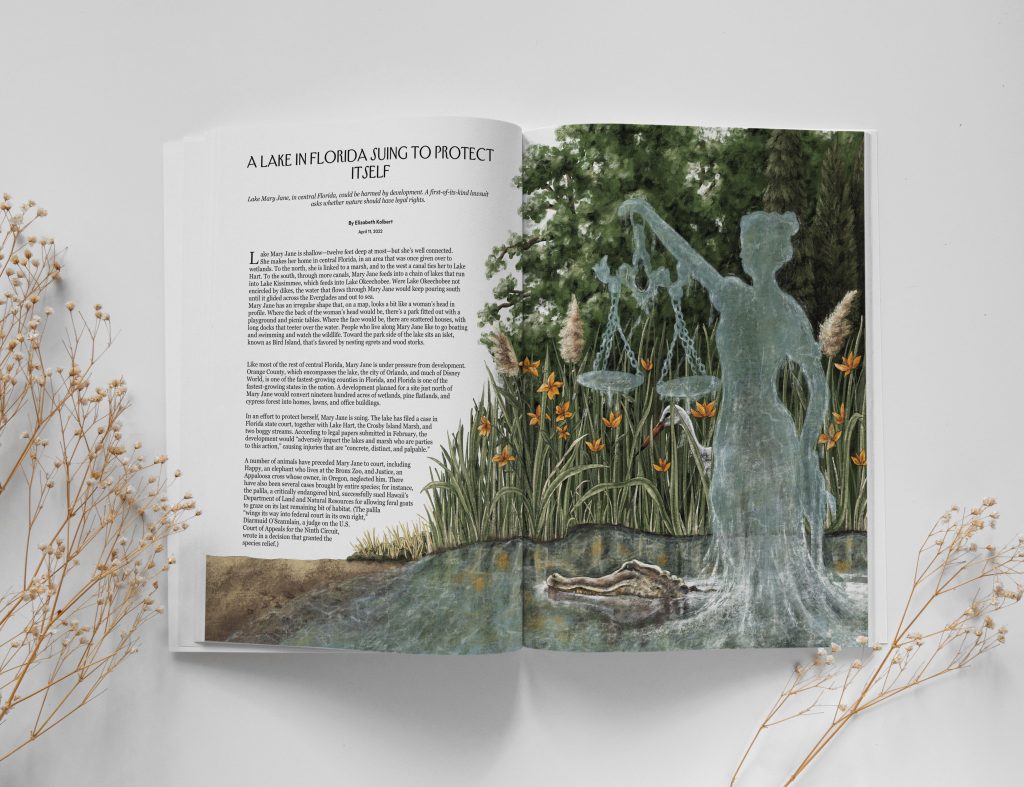 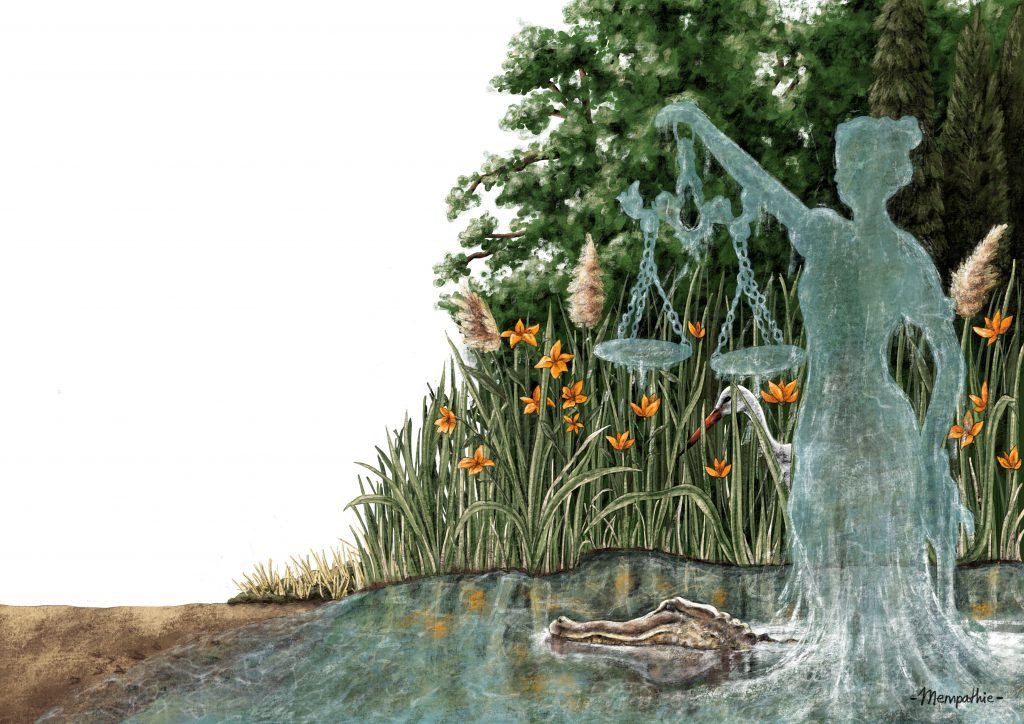 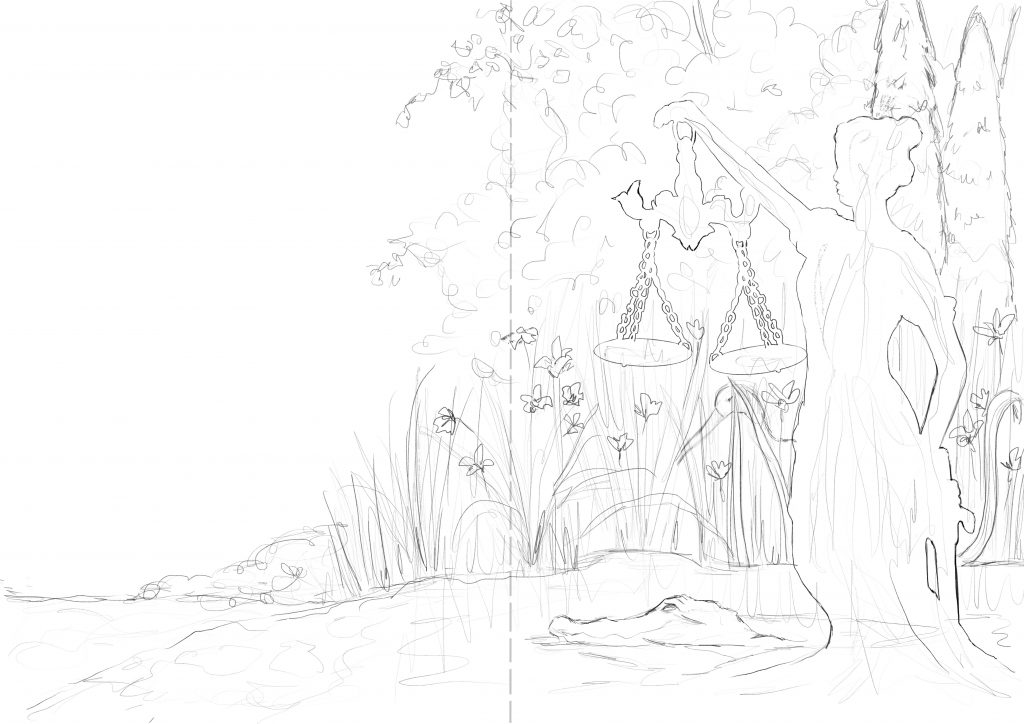 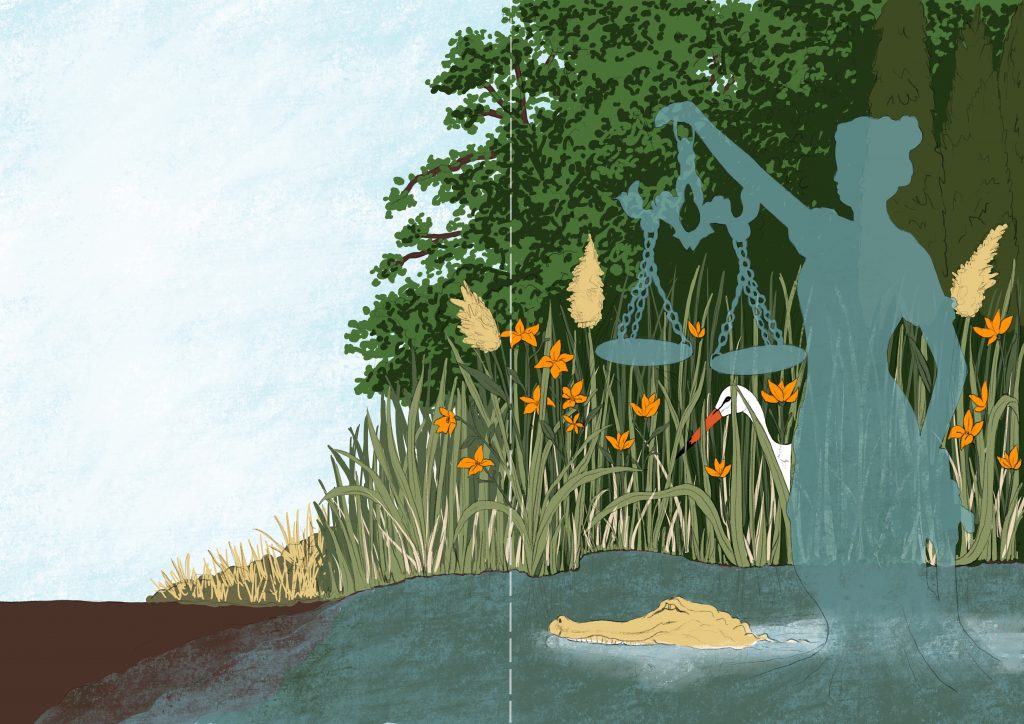 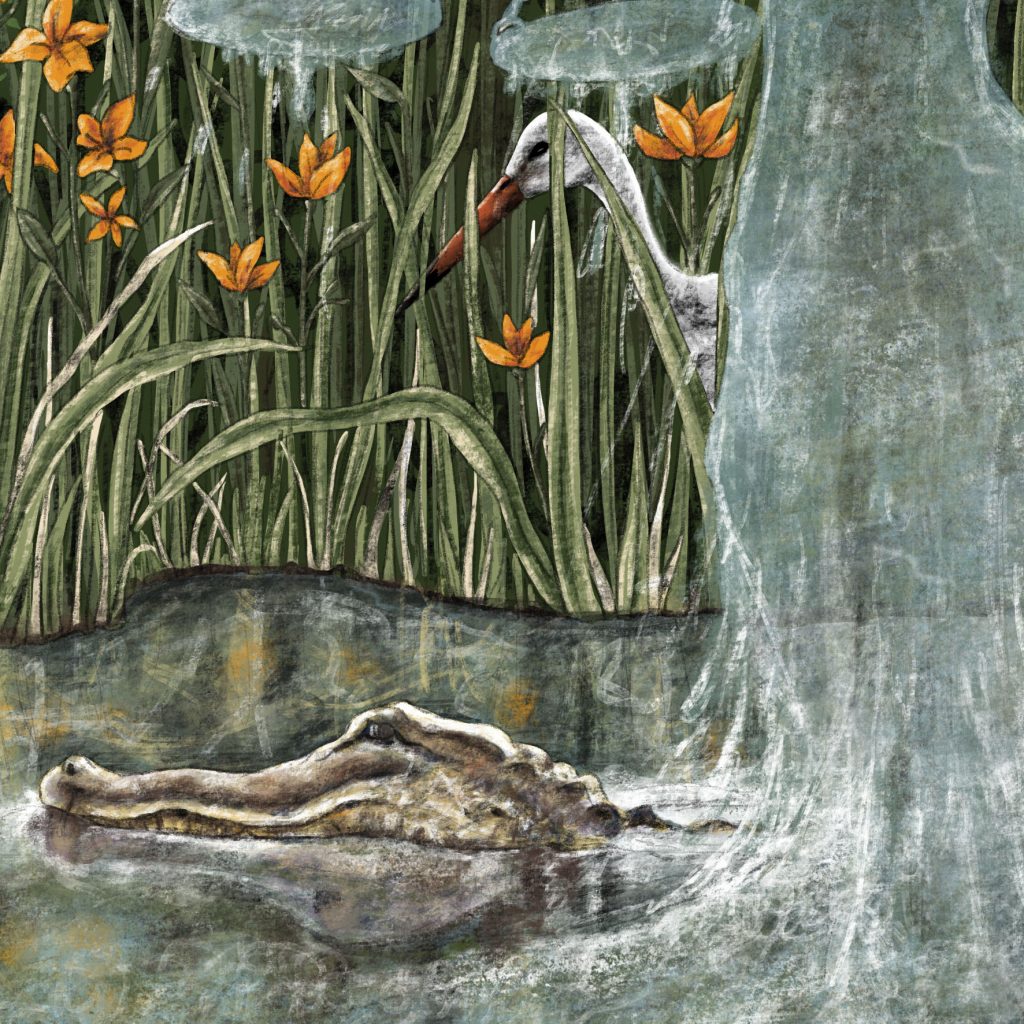 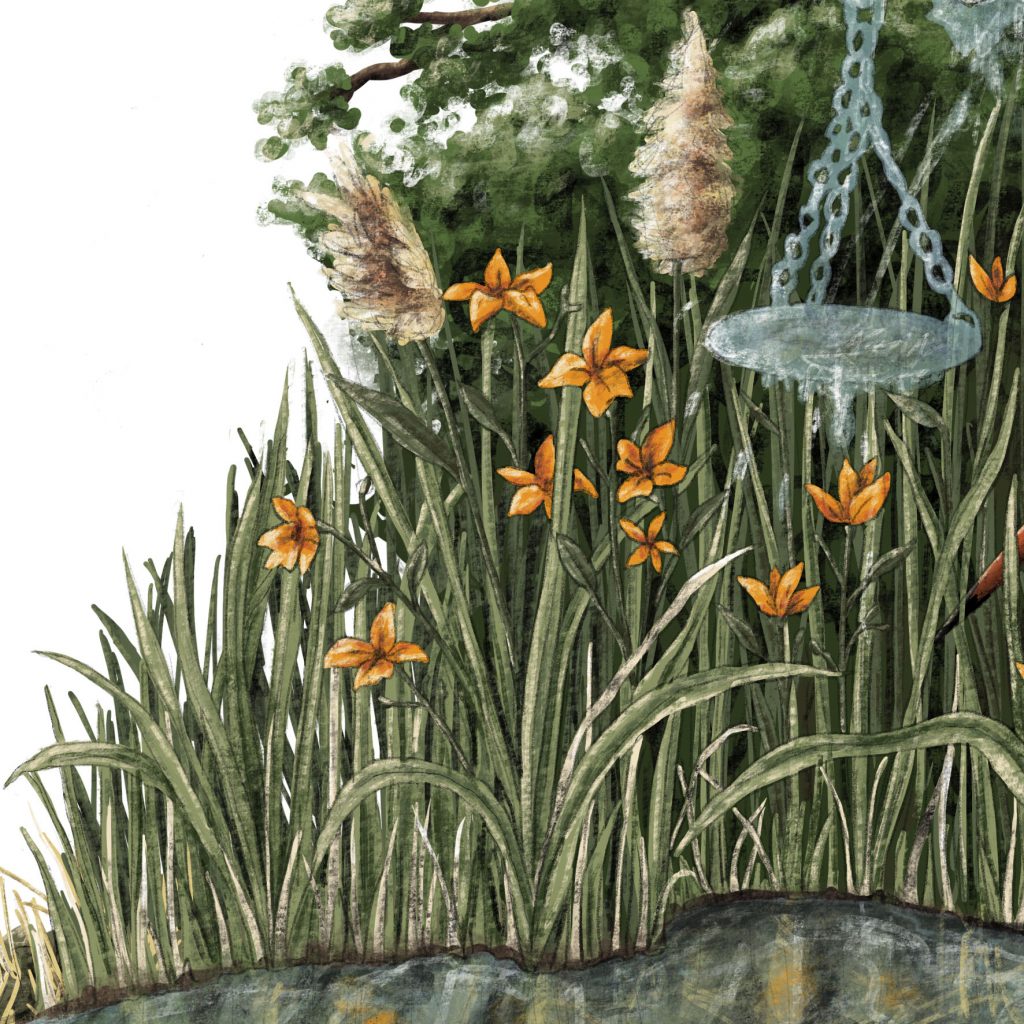 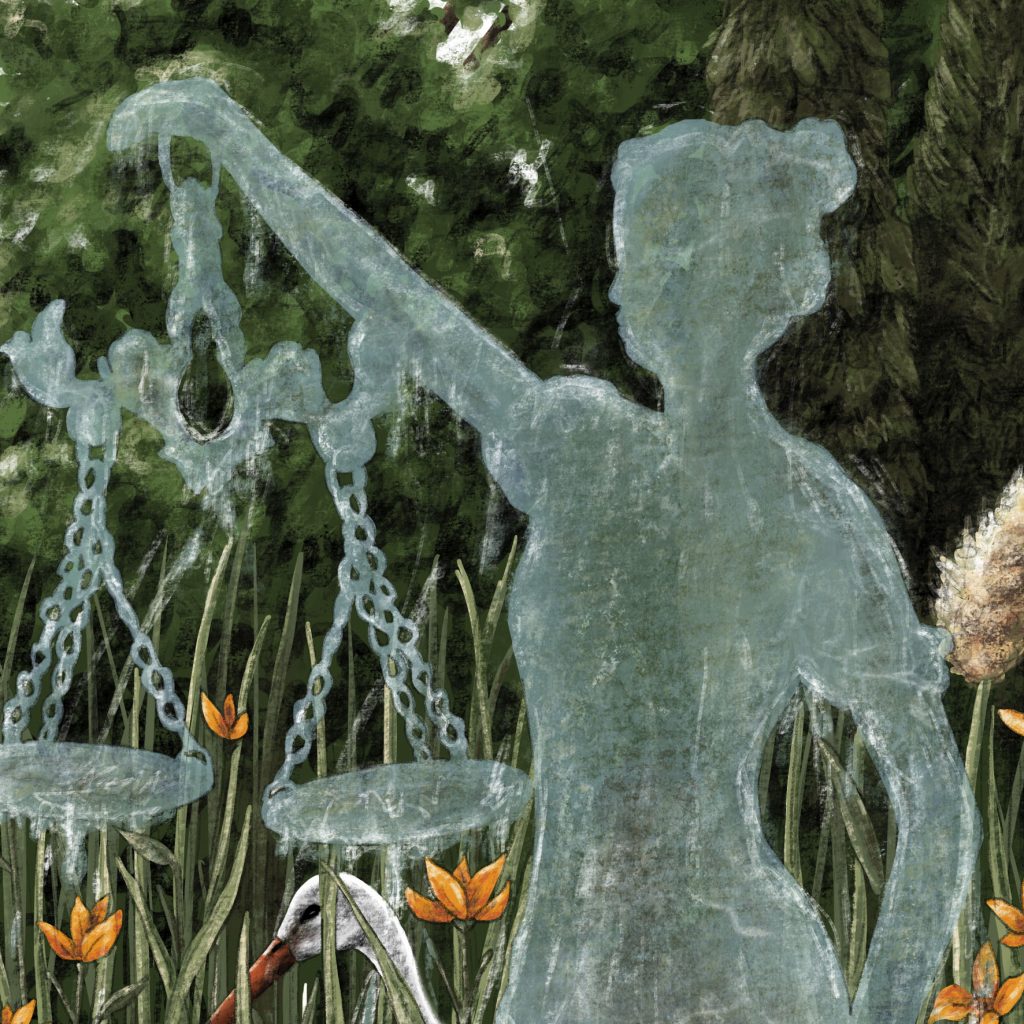 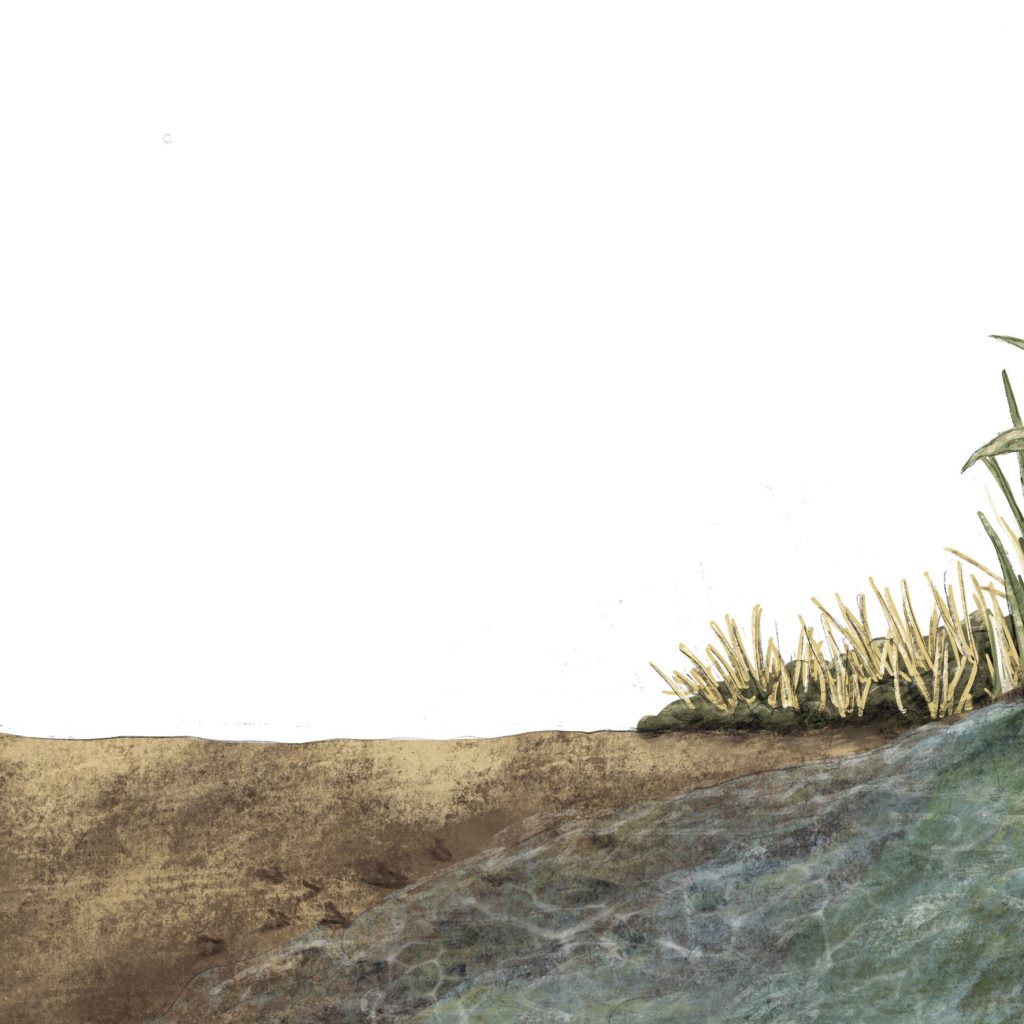 Press editorial illustration to accompany the article “A lake in Florida suing to protect it self” from The New Yorker magazine.

It is an illustration that shows how Nature, tired of not being cared for and respected by those who should care for her, reveals herself and decides to defend herself. Although the article comments on several cases in which this has happened, it speaks of a special case, that of Lake Mary Jane.

That is why I have represented a woman, who not only represents Nature in general, but also the protagonist of the main case, Mary Jane, who curiously this lake has the shape of a woman’s head profile; form that I have used in the head of the illustrated character. Since it is also a lake, I decided that it should go out and come out of the water, giving a tangible form to something abstract. And to mention justice, I also gave her the aspect of the Goddess Themis, Goddess of Justice and the balance, the balance between things.

The vegetation and animals that accompany it are part of the ecosystem of Mary Jane and are in danger along with the lake, if it disappears.

You can also find small nods to the article, such as the footprints of storks and some twigs in the background that simulate the initials MJ behind the aquatic silhouette.

If you are interested in this article, you can read it at the following link: