Illustration done with digital painting on iPad Pro with the Procreate application.

Mythology tells that Persephone, after being kidnapped by Hades; God of hell and eating pomegranates from his garden, she was sentenced to confinement in hell every half year. When Persephone returned to the terrestrial world during the remaining time of the year, the flowers and plants that were withered and sad, were reborn and flourished again. Hence Persephone became the Goddess that each year would bring us spring.

And like Persephone, we must accept what lasted our confinement and carry it in the best possible way. Preparing to give the best of ourselves when we go out again. But for this, it will be necessary to stay at home, take care of ourselves, rest and reflect on what is happening, since they have given us a wonderful opportunity to do so. We no longer have an excuse for not having time. Let’s think about how we can revive and flourish around us on our return 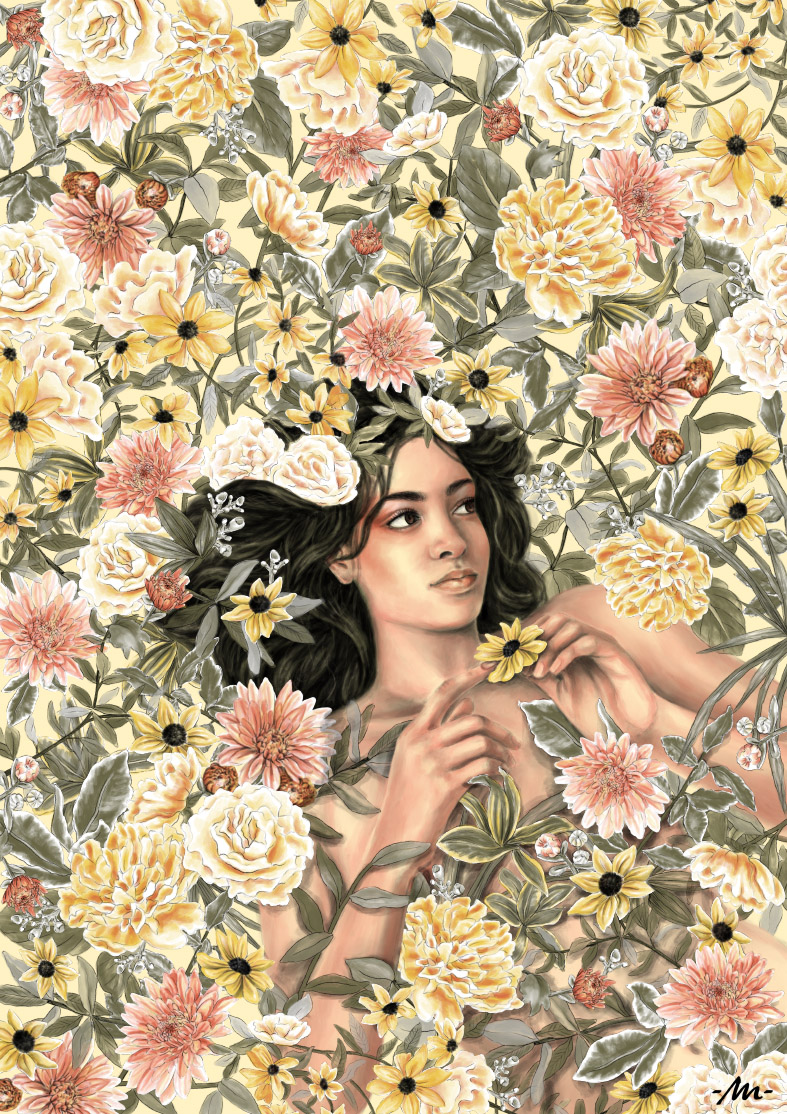